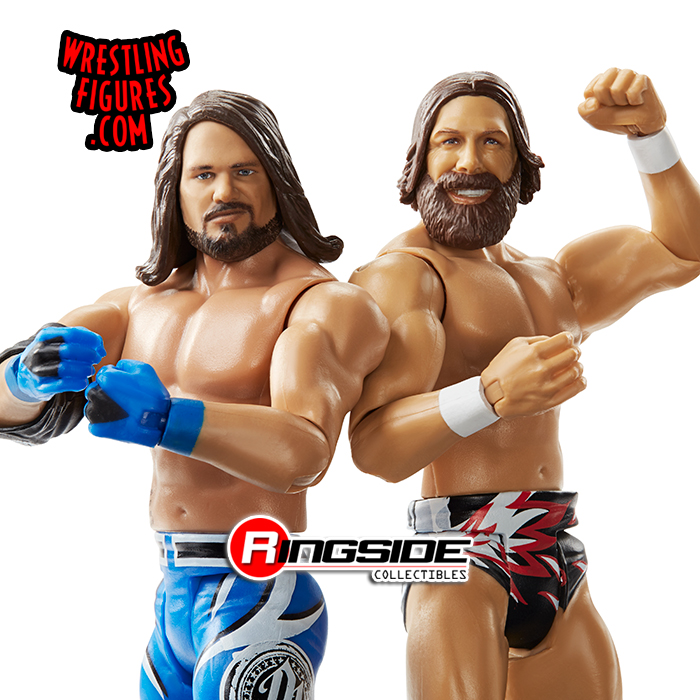 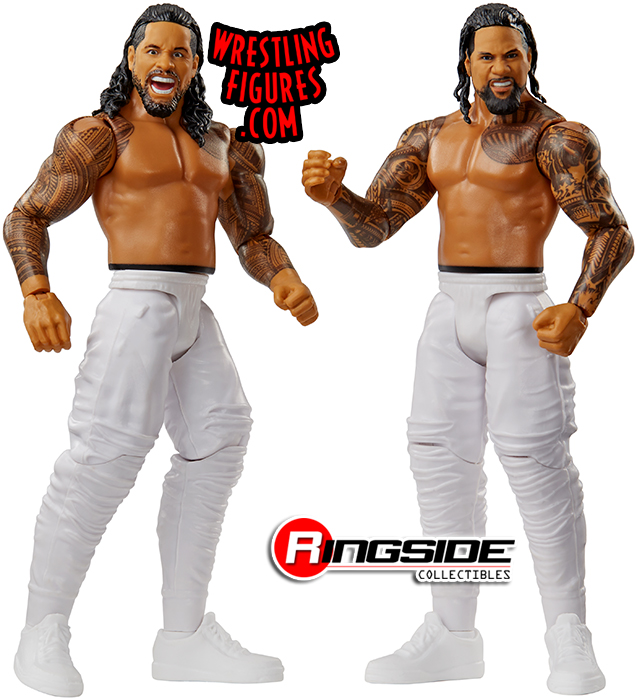 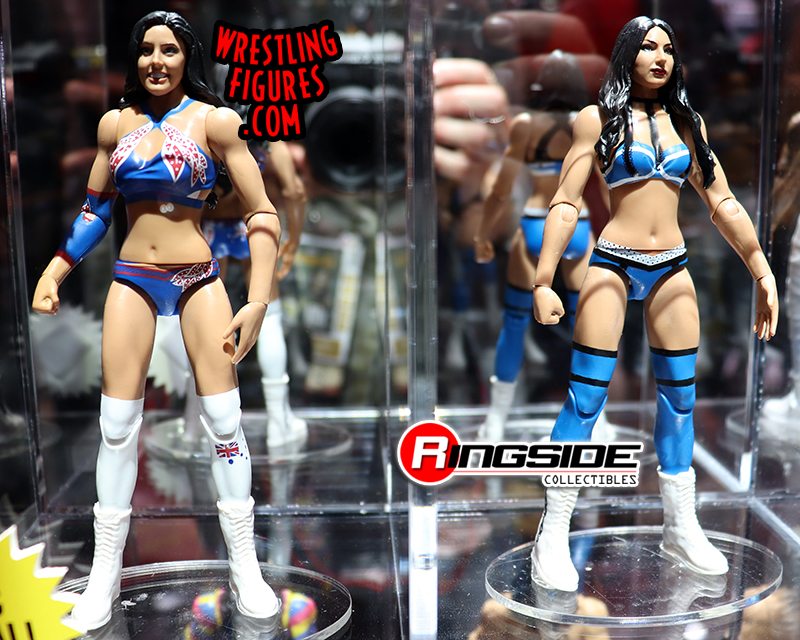 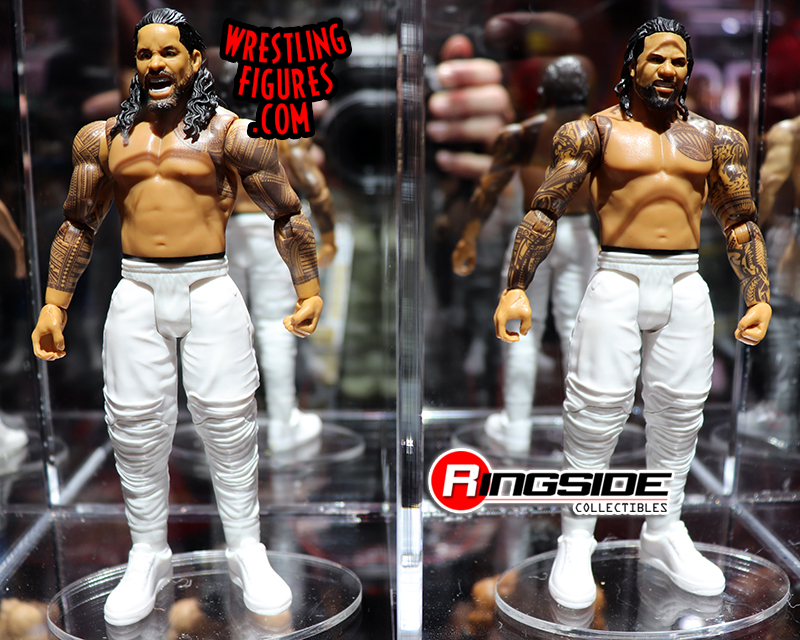 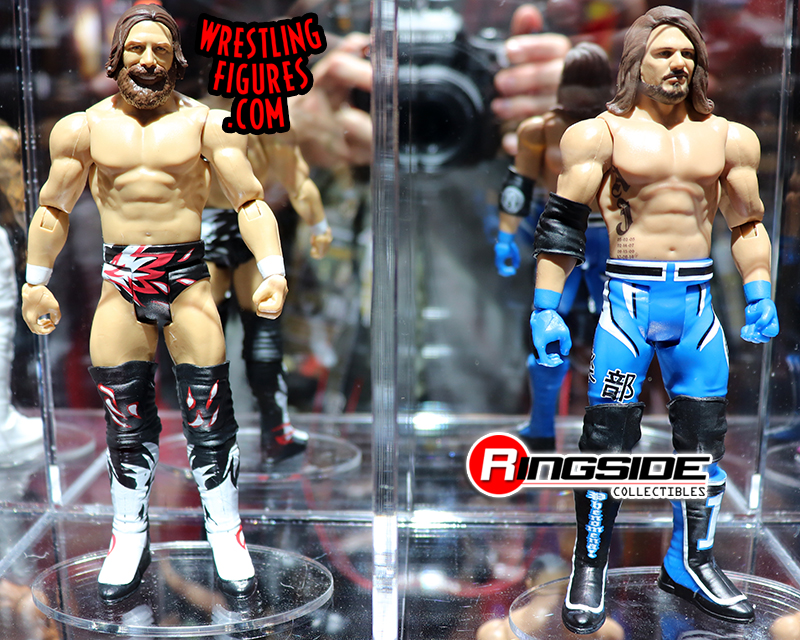 It’s good to be the king! Mattel WWE Elite 68 is now IN STOCK at Ringside Collectibles and features a load of your favorites. WWE Elite 68 includes:

With a newfound dislike for the WWE Universe stemming from his love of the environment, Daniel Bryan returns with a big smile and ring gear that the Seattle Seahawks would love. The ‘American Badass’ rolls into this set as The Undertaker gets a classic, Attitude Era style treatment. Also included in this set is King Mabel, larger than life and legendary with purple ring gear. Brie Bella breaks out into ‘Brie Mode’ with a definitive look for her time spent as a staple WWE Women’s superstar. Also included in this set is Roman Reigns, carrying the WWE Universal Championship and dominating with a Superman Punch. Rounding the set out is Braun Strowman, continuing to roar and including a bass accessory, perfect for carrying a tune or destroying! Check out images below:

Time for a new Mattel WWE set to grace your collection with WWE Series 96! Series 96 includes:

Daniel Bryan has utterly torn the Yes! Movement to pieces in favor of an evil environmental kick, but his people still need him for battle. With a big smile and basic trunks, he’s ready to get back to the top here. Also in the set are Kevin Owens and Sami Zayn, two long time friends and / or bitter enemies, depending on which one you ask, with a couple of classically reflective looks to continue their hard fought battles up the ladder in the WWE. Sasha Banks remains the ‘Legit Boss’ for a reason as she shows up with a well put together ‘Wonder Woman’ style set of ring gear. Rounding out the set is the ‘GLORIOUS’ Bobby Roode, who has a classically trained style and seems ready for any oncomers. Check out images below:

Rejoice! The latest and greatest in Mattel WWE Elite figures can be pre-ordered with WWE Elite 68! Elite 68 includes:

Taking it back to the glory days of the post-Attitude Era surge, The Undertaker returns to the line with an absolutely ‘badass’ version of the deadman. Also included is King Mabel, larger than life and completely dominant with crown and purple ring attire. Roman Reigns hoists his WWE Universal Championship high as his empire continues to grow, while Braun Strowman takes a break from his dominance to ‘slappa da bass’ with one of the more unique Mattel WWE accessories. Also included in this set is Brie Bella, bringing real energy and intensity with ‘Brie Mode’ as she gets back in the ring for another challenge. Not to be outdone is WWE Champion Daniel Bryan, all smiles here as the environment finally improves for the better thanks to his courage and outcries. Check out images below:

Since returning to the WWE from retirement, Daniel Bryan has utterly destroyed the ‘YES!’ Movement and established a new, fan ‘unfriendly’ existence. He is angrier, more intense, and blaming those around him for things going wrong in the world today. The WWE Universe, needless to say, has not reacted well to this, but it has only made him that much more of a person fans love to hate. When it comes to Mattel WWE figures, his offerings to date have featured a smiley, excited demeanor. We will now see the ushering in of a more villainous Daniel Bryan!

With his flannel shirt straight out of Seattle, Daniel Bryan has now set the WWE Universe straight on multiple occasions thanks to a platform on SmackDown Live!. His gear has become darker and much less friendly than what he has previously worn, so it’s likely that our next WWE Elite or WWE Series turn of the old-school ‘goat face’ will feature that darker gear.

With a mouth and wrestling ability to back up his new demeanor, Daniel Bryan has taken the extra, smart step of having a like-minded enforcer by his side in Erick Rowan. Rowan has followed Bryan’s word very closely, believes in his ways and has proven to be a strong partner in this time of change for Bryan. It’s likely that a Mattel WWE Battle Packs set featuring Bryan and Rowan could come to fruition, with both ready to continue pushing their green, clean way of living!

Since winning the WWE Championship so aggressively from AJ Styles, Bryan has even gone as far as creating a custom ‘Organic Hemp’ based WWE Championship featuring eco-friendly production and glossy wood. This environmentally sound version of the title would make for a great accessory, and is very likely to be seen in the future in the Mattel WWE line. Bryan’s next appearance in the Elite line would be perfect if it featured his look after winning the WWE Championship from Styles, or any time after, as long as it featured this accessory.

Time will tell as to whether or not we will see a new version of Bryan, but it’s for certain that in the meantime he will continue to push his aggressive agenda on the WWE Universe!

It’s a new Pre-order at Ringside Collectibles featuring some of your favorites making their way into the wrestling figure line once again! WWE Series 96 includes:

Daniel Bryan has a new and improved look complete with a recharged smile. Sasha Banks brings her unbridled confidence to yet another set. Also included is the GLORIOUS Bobby Roode, complete with a look that’s stronger than ever. Sami Zayn is still up to no good and is followed closely by his partner in crime, Kevin Owens, who is willing to fight ANYONE! Check out preview images below: