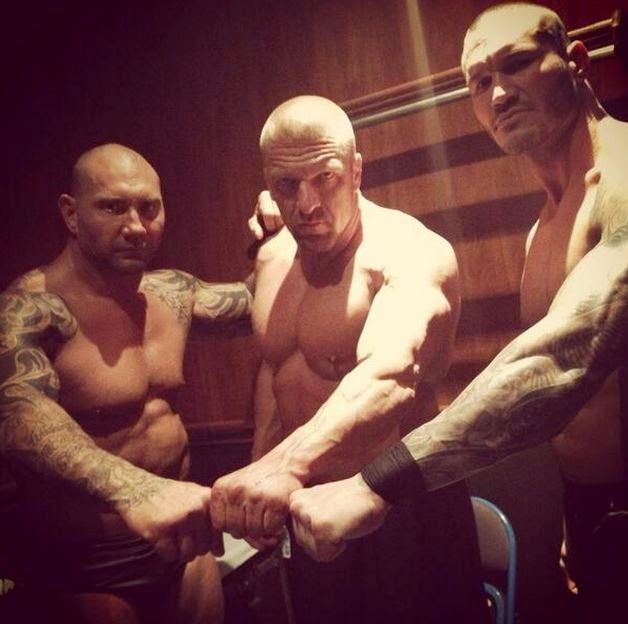 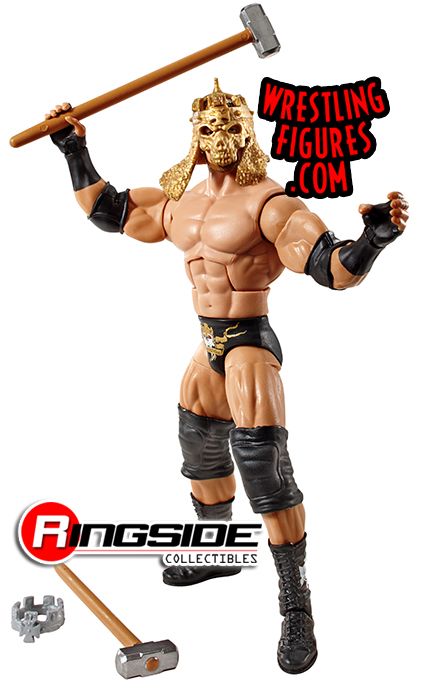 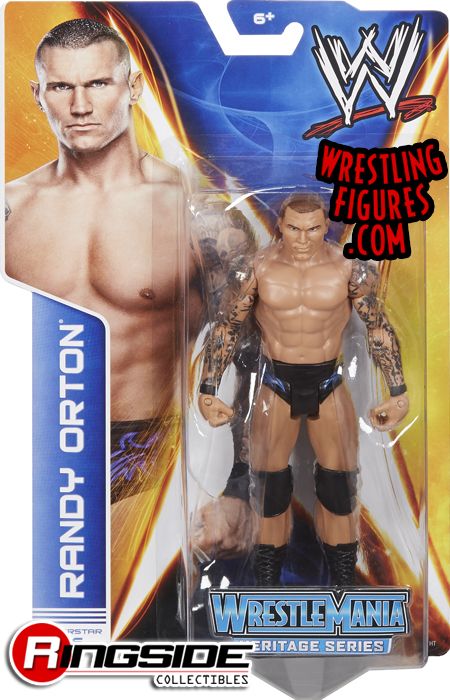 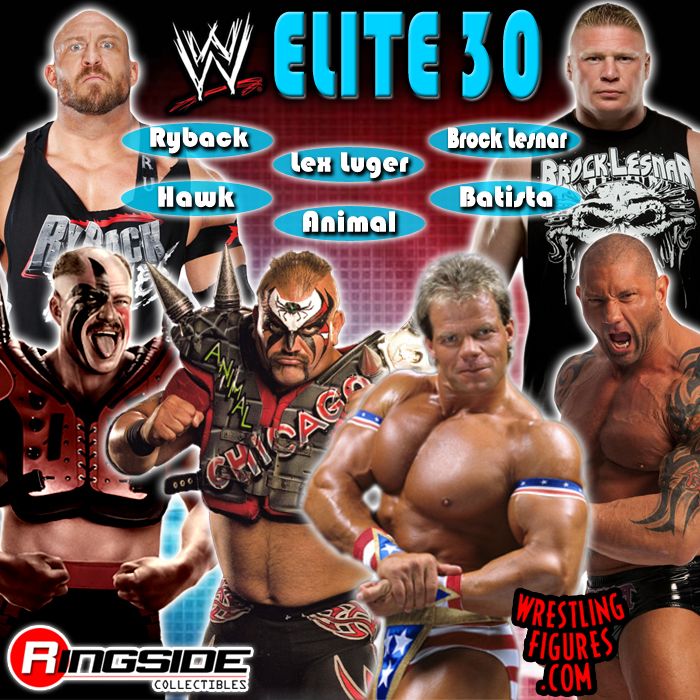 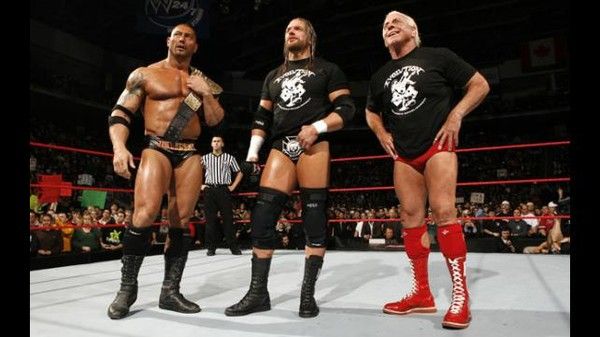 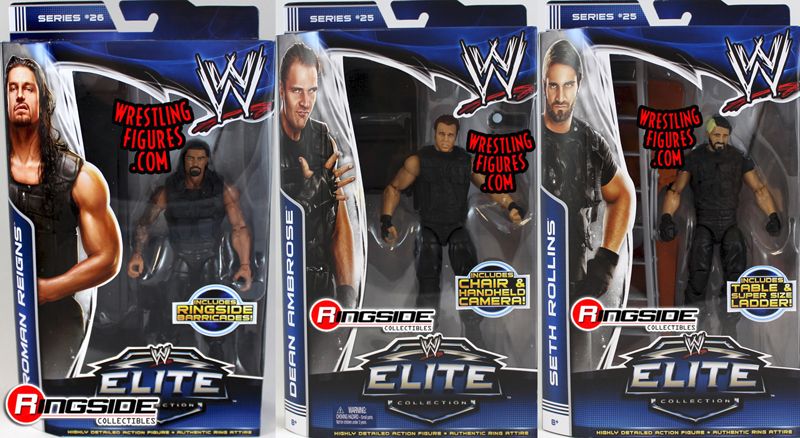 The Mattel WWE Elite 28 wrestling action figures have finally been officially revealed by Mattel through prototype images! These sharp, detailed pictures show off the latest Mattel WWE has to offer in their Elite lineup, featuring the hottest and most sought after WWE Superstars with Elite style articulation. The Mattel WWE Elite 28 Series includes: 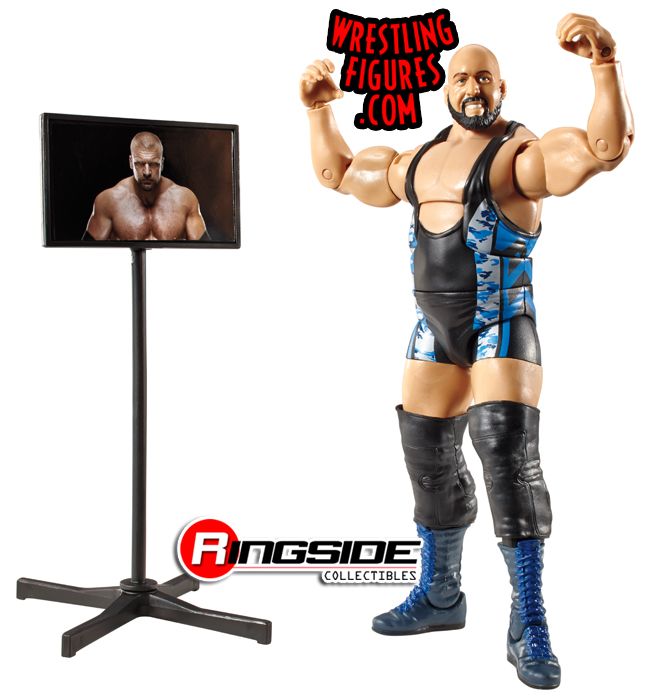 The Big Show finally gets treated to a new headsculpt, showing off a spot on smile that looks just like the giant’s real life counterpart. With blue boots and a blue and white, camouflage style singlet he receives an updated look based on his most recent featured time in WWE, minus the crying, sobbing and constantly upset behavior he displayed. Included is a back stage digital screen stand, featuring another WWE Superstar! 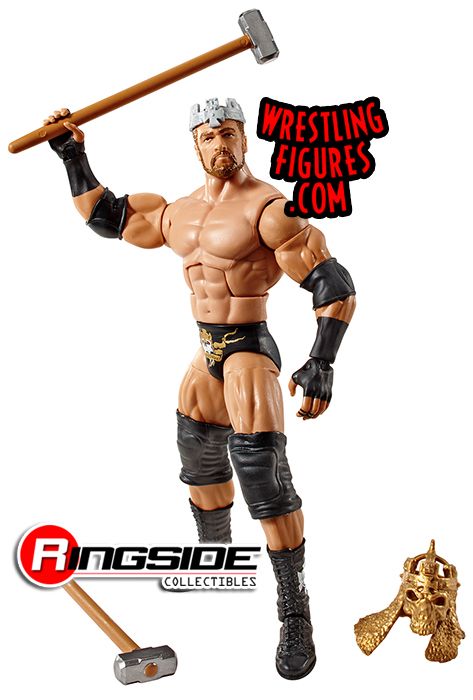 Triple H has made Daniel Bryan’s life a living hell and does his best to serve as COO of the WWE while remaining in the spotlight. In his latest Mattel WWE Elite figure he proves he is the King of Kings, complete with crown, sledgehammer, golden helmet and brand new, short haired headscan. His trunks have also been updated to reflect his most recent in ring performances. 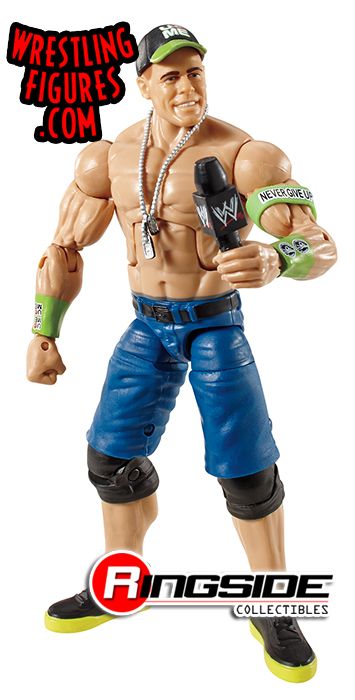 John Cena is all smiles as he receives a figure in yet another Mattel WWE Elite set, this time with a headsculpt featuring a wide, white toothed grin. With a removable arm band, dog tags, hat and new color scheme, the CeNation can easily get behind his latest treatment and use it to fight all of their battles with evil WWE Superstars. A must for any John Cena fan, this is the latest and best version of the world’s favorite controversial face of the WWE. 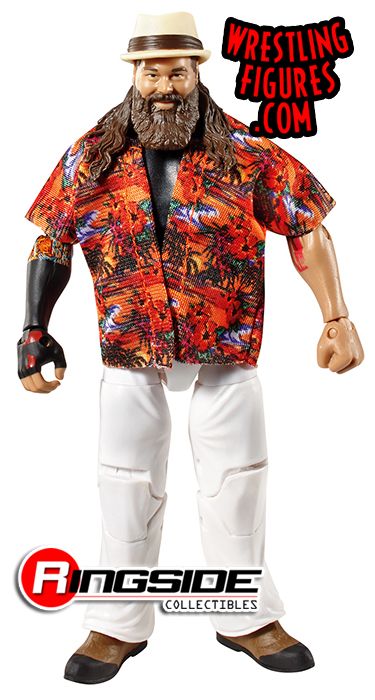 Bray Wyatt may have the whole world in his hands, but now fans can have Bray Wyatt in their hands as the leader of the Wyatt Family is finally a Mattel WWE action figure. With a removable shirt and hat and a sadistic grin, Bray Wyatt beckons all Mattel WWE fans to ‘follow the buzzards’ and is represented with an incredible likeness and accurate tattoos. Any Mattel WWE wrestling figures fan or any WWE Universe member who is a fan of the Wyatt Family can now lead their ‘sheeple’ into battle with a fearless, and sometimes very frightening, leader. 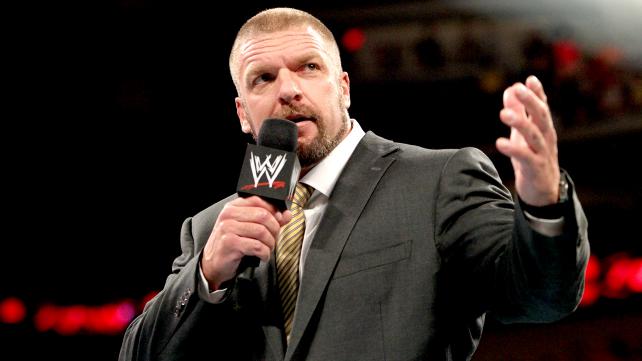 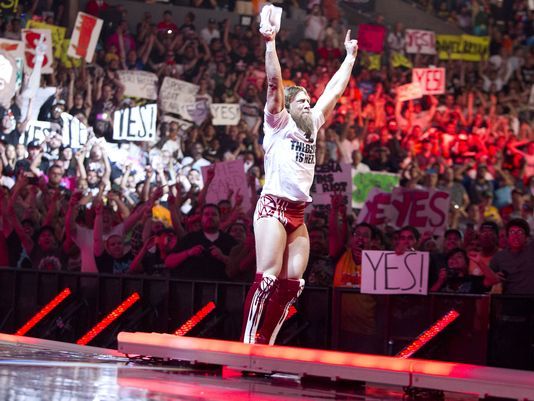 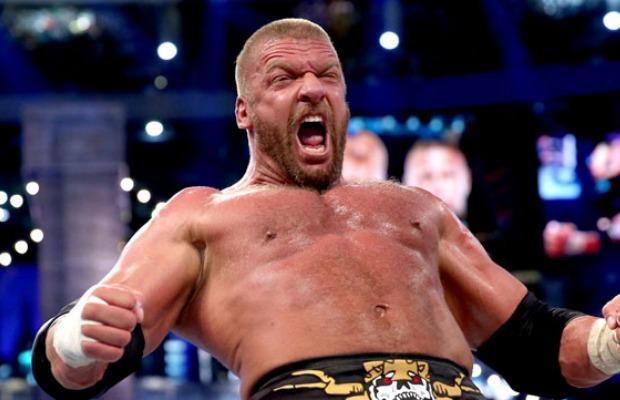 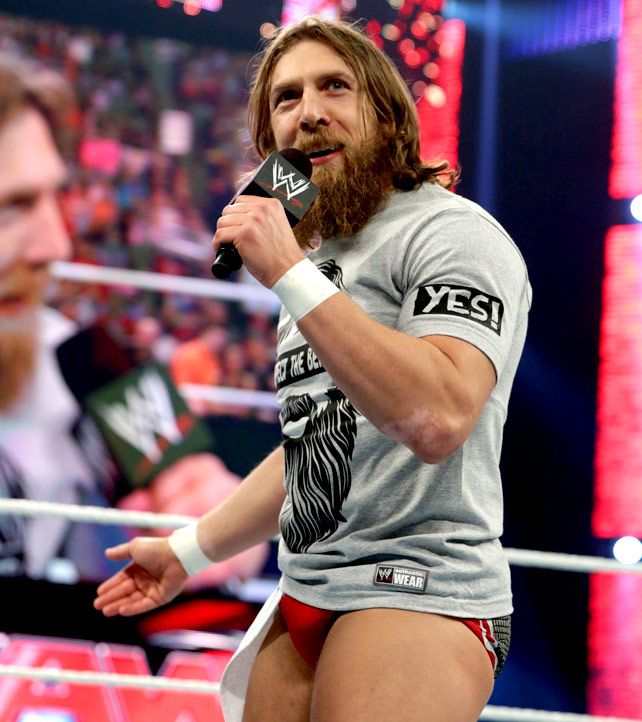 John Cena, the WWE face and family friendly powerhouse gets his latest Mattel WWE Elite treatment in what will most likely reflect his current attire. It is difficult to say as to whether the figure will glow in the dark in any way, but it is a possibility.

Bray Wyatt’s Mattel WWE Elite 28 figure will be his first time in the Elite line and more than likely offer some interesting accessories. Fans can definitely expect his trademark hat and hopefully a possible apron or a rocking chair for those wishful thinkers. Either way the figure should be a stand out for the set.

The Mattel WWE Elite 28 Big Show could prove to be a dud with a similar release to his previous Elites, but the chance at a Big Show from a different classic phase or including a crying feature is too good not to consider. His huge hands, also known as WMD’s, will most likely be included.

The current WWE COO and member of The Authority has not regularly been seen in wrestling attire since helping Randy Orton win the WWE World Heavyweight Championship, but his short hair and a possible suit could definitely be included in this Mattel WWE Elite 28 release.