Shawn Michaels and Bret Hart…once bitter enemies, they have a newfound friendship that the WWE Universe adores and is proud of. The infamous Montreal Screwjob saw Shawn Michaels working with Vince McMahon to make Bret Hart look silly in his hometown of Montreal, Canada. This moment in wrestling history is famous for being the catalyst to the Attitude Era and causing a grudge that lasted for years and years. Now, Shawn and Bret have buried the hatchet, but the memory of the Montreal Screwjob remains in the minds of many. Mattel has chosen both Bret Hart and Shawn Michaels as Elites for their WrestleMania XXX Elite Series: 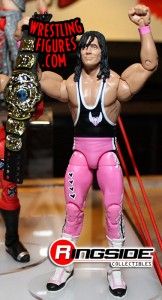 Bret Hart, Mattel WWE Elite and WWE Champion On His Way Out To WCW!

Bret Hart was shown at Ringside Fest X, Elite and including the WWE Championship! The smile on his face almost proves he had no idea what was coming on that fateful night. 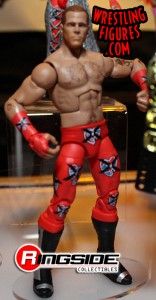 Mattel WWE Shawn Michaels, On The Verge of the DX Takeover!

Shawn Michaels was in cahoots with the boss, but it didn’t matter as time went on as he proved himself to the WWE Universe. At Ringside Fest X his upcoming Mattel WWE Elite figure was sporting DX style tights that action figure collectors have been waiting for. 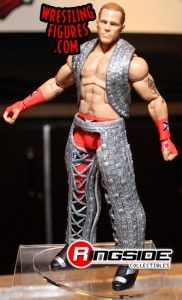 Mattel WWE Shawn Michaels, On The Verge of the DX Takeover!