This pack of previously released, hard to find belts includes one of each of the following:

The WWE Hardcore Championship was historic as one of the only championships ever defended on a 24/7 basis…all within the rules of a hardcore match! Both WWE SmackDown and RAW Tag Team Championships come from the first ever WWE brand split and the ‘Ruthless Aggression’ era, which also featured the Rated R Superstar Edge carrying his own version of the WWE Championship. The classic included here is the WCW World Heavyweight Championship with a twist: black spraypaint of ‘NWO’ from the notorious nWo black and white group! This is now IN STOCK at Ringside Collectibles! 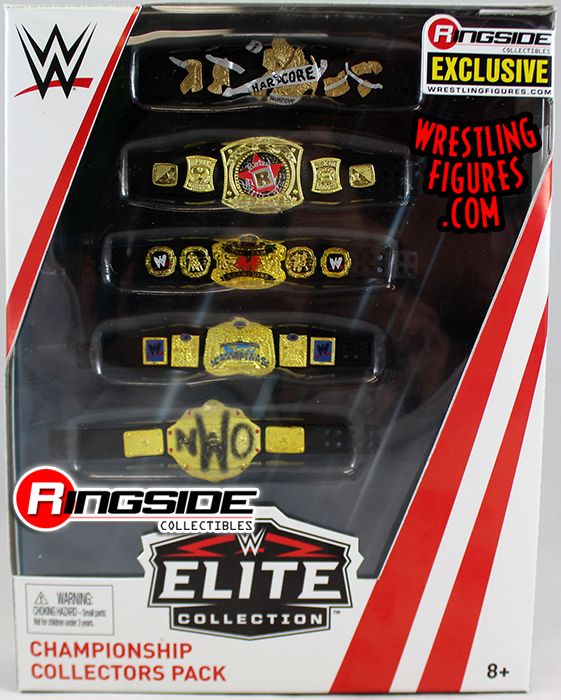