Kurt Angle is an absolute wrestling legend that no wrestling fan on the planet disputes in any way. After putting on five star matches in both WWE and TNA, as time moves on and injuries pile up, Kurt Angle is closer to retirement than ever before and wrestling fans will no doubt be sad to see the Olympic gold medalist’s career come to an end. But his involvement in the wrestling business will most likely never end as one of the best big mouths in the history of wrestling will always have a place and presence. Kurt Angle has made it clear he feels he will one day wrestle for the WWE once again and the WWE Universe would welcome him with open arms. Mattel WWE wrestling figure fans would be even more excited at the possibility of versions of Kurt Angle wrestling figures from throughout his career. 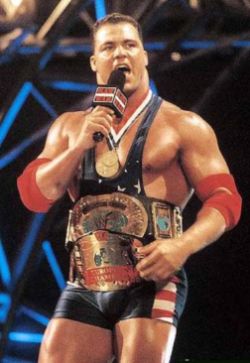 Perhaps Kurt Angle’s most popular and well known phase ever came during the WWE ‘Attitude Era’ when he held both the WWE Intercontinental and WWE European championships at once, deeming himself the ‘Eurocontinental Champion.’ Constantly at odds with the WWE Universe, the rest of the locker room and the WWE Champion at the time, Kurt would make it clear that he would stop at nothing to wear all the WWE Championships he could, and they meant as much to him as his Olympic gold medals did. A Mattel WWE figure of this version of Kurt Angle should be most likely a certainty. 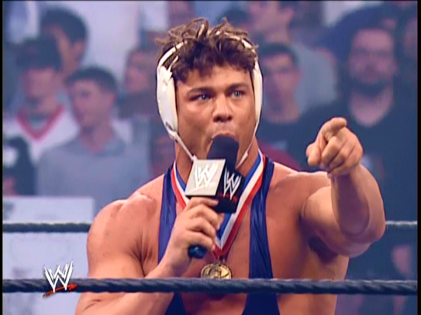 Many fans know Kurt Angle for his wrestling ability but many more know him for his comedic, entertaining wrestling chops. When he lost a Hair vs. Hair match to Edge, Kurt Angle refused to let the WWE Universe in on his new haircut. Because of this, he wore an obvious wig underneath wrestling headgear to the ring each week, assuming the WWE Universe would be none the wiser. His attires at the time were beginning to become more colorful, so a Mattel WWE figure including those attires and a removable wig and wrestling headgear accessory may provide exactly the type of unique feature that Mattel WWE wrestling figure fans are used to. 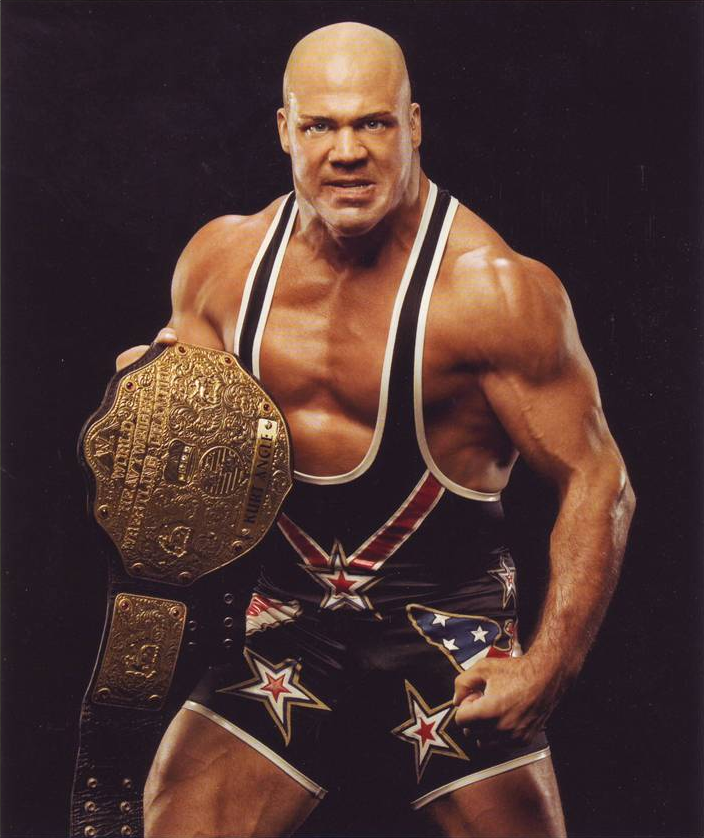 Kurt Angle transitioned more into a power wrestling role during his final WWE appearance, capturing World Heavyweight Championship and even Undisputed WWE Championship gold. His American themed singlets and growing physique would prove for a strong, focused Kurt Angle that would seen become one of the faces of the ECW brand before his WWE departure. Many WWE fans remember this unstoppable version of Kurt Angle for bringing an intensity to wrestling that was beginning to be otherwise overlooked. 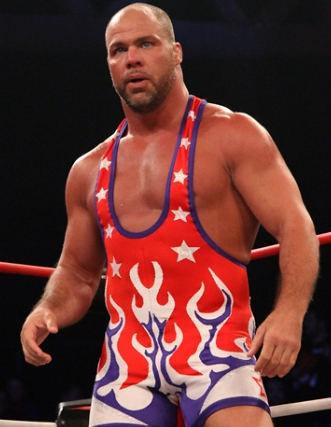 As Kurt Angle hasn’t made a WWE appearance in almost 10 years, his TNA career can be the only thing by which WWE fans can judge and guess what a Mattel WWE figure would look like. Kurt hasn’t missed a beat since leaving the WWE, putting on stellar matches in TNA and continuing to showcase red, white and blue themed outfits that offer a variety for Angle’s personality. A modern day Mattel WWE Kurt Angle wrestling figure would depend on if Angle does in fact participate in a match upon returning to the WWE. He is a future WWE Hall of Famer, no doubt, but having one more match in the WWE remains an unanswered question that will be answered sooner rather than later.