It’s True! Kurt Angle has returned to the WWE, made amazing returns to the ring and since settled into his role as RAW General Manager. His return to the WWE squared circle for the first time in over a decade came at the WWE Universe with a bang as he teamed up with The Shield! To commemorate the occasion, a Mattel WWE Ringside Collectibles Exclusive Shield Kurt Angle prepares him for the match of a lifetime alongside Dean Ambrose, Seth Rollins & Roman Reigns!

The Miz, Cesaro, Sheamus, Kane and Braun Strowman couldn’t possibly be prepared for what awaited them as Angle suited up with tactical ring gear and planned to deliver moves not seen from an Olympian in the WWE in ages. Despite that, Kurt was all smiles and his figure reflects it with a brand new head sculpt. His built-in vest features Shield-style pockets, he’s wearing black ring pants and even comes with a barricade! Check out images below of this figure only available at WrestlingFigures.com! 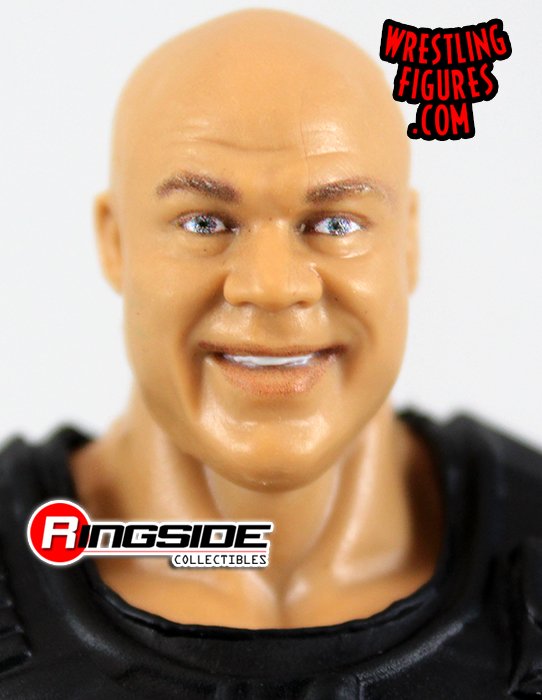 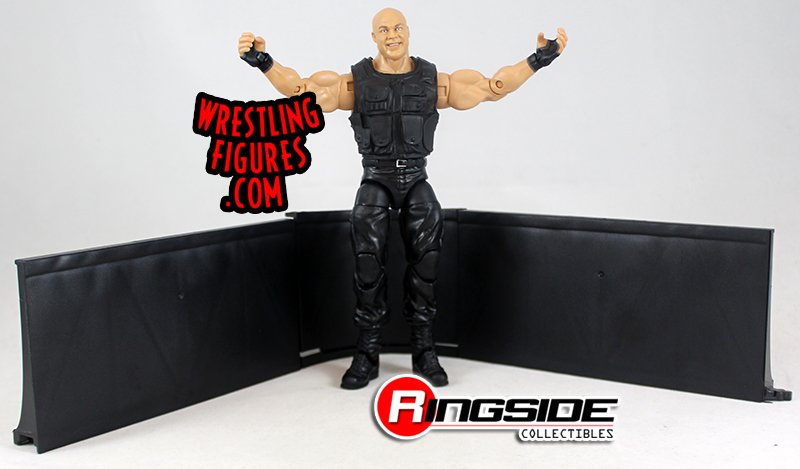