Frighteningly real and entering the arena only by the light of a bayou lantern, The Wyatt Family have enthralled the WWE Universe since debuting this summer. Making quick work of WWE roster staples like Kane and The Miz, it was only a matter of time before the Wyatt family received their own Mattel WWE figures. The first to be revealed was this Bray Wyatt Mattel WWE wrestling figure at Ringside Fest X: 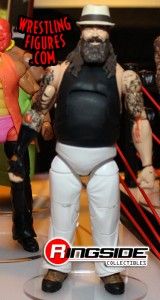 Not seen but never far behind their leader, Luke Harper and Erick Rowan will be future Mattel WWE figures. Harper sports a dirty shirt and a flannel: 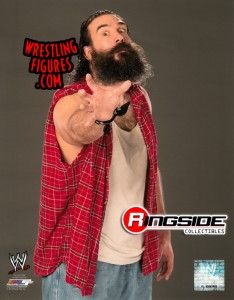 Erick Rowan is never without his sheep mask which would make for a great Mattel WWE removable accessory: 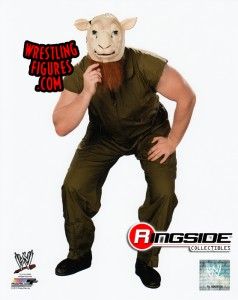 One thing is true about the Wyatt Family…if you follow the buzzards, you will find them! Watch for their Mattel WWE figures and all their other items here!