Despite tragically passing away in 2013, Paul Bearer’s legacy and mark made on the wrestling business were felt throughout the entire lead up to this year’s WrestleMania as CM Punk taunted the Undertaker over the death of his father.

Although a controversial angle, it became clear that there were no other characters quite like Paul Bearer and will never be again. In accordance with the fact that there can only be one, Mattel debuted Paul Bearer’s first Mattel WWE figure at Ringside Fest X:

As he looks to be following in traditional Build-A-Figure fashion, we won’t know for sure until we get our hands on this figure exactly how he will be released but in the meantime attention can be paid to his spot on likeness. You can almost hear his distinct voice and see his distinct head wobble.

Eventually, the figure will make a perfect accompanying piece with the Mattel WWE Elite 23 Undertaker figure, a flashback to his New Generation Era attire and not quite complete without his manager: 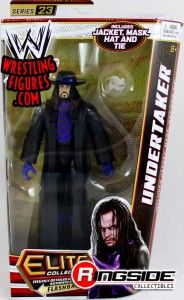 For the modern day fan, a better fit would be the Undertaker vs. CM Punk in Mattel WWE Battle Packs 25, commemorating the personal brawl between the two Superstars over the memory of Paul Bearer himself: 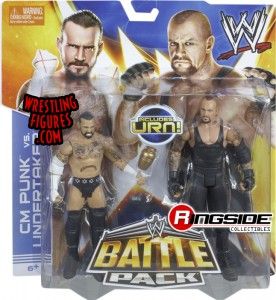 Paul Bearer will never be forgotten and his unparalleled management abilities are etched into WWE history. You can look out for future Paul Bearer items here!